Get fresh music recommendations delivered to your inbox every Friday.

Biography: I Got a Name: The Jim Croce Story by Ingrid Croce and Jimmy Rock 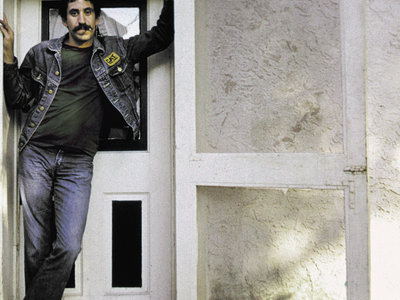 by Ingrid Croce and Jimmy Rock

I Got a Name: The Jim Croce Story is an unforgettable, bittersweet, and deeply personal biography of the talented songwriter that captures the rise of the burgeoning counterculture of the ’60s and early ’70s, revealing the man behind the melodic, sweet side of ballads and love songs like “Time in a Bottle” and the grittier, larger-than-life characters who inhabit such hits as “Bad, Bad, Leroy Brown” and “You Don’t Mess Around with Jim”.
Written in the honest, clear voice of Jim Croce’s widow and ofttime singing partner Ingrid Croce, with musician and writer Jimmy Rock, I Got A Name vividly recreates the days when young, talented musicians were not sought out by slick television shows but had to hone their craft in dive clubs and deal with the constant realities of supporting themselves in any way possible. It also shows the intimate, behind-the-scenes details of what went into becoming a “folk music” legend, as well as encounters with his buddies Arlo Guthrie, Jimmy Buffet, and other troubadours.
But the heart of I Got a Name is the ballad of Jim and Ingrid, a love story that is touching in its heartfelt innocence, even as Ingrid dealt with the temptations of the touring musician’s lifestyle that Jim was unable to resist. I Got a Name is, like Jim Croce’s songs, a book for everyone who loves music and especially for those who want to truly understand Croce’s unique gifts and the magic that has caused his songs to endure for more than forty years.
.
Ingrid Croce is an artist, entrepreneur, restaurateur, singer-songwriter, and the author of Thyme in a Bottle, an autobiographical cookbook, The Jim Croce Anthology songbook, The San Diego Restaurant Cookbook, and Photographs and Memories – Recipes from Croce’s Restaurant & Jazz Bar (www.croces.com). She lives in San Diego and is married to her co-author, Jimmy Rock.

Jimmy Rock is a writer, musician and attorney.

ships out within 5 days